Bitcoin is a digital currency which enables users to transact between without any central authority using computer nodes and converting transactions into a cryptographic hash using cryptographic functions. These cryptographic hashes are transferred in blocks and this continuous process is known as Blockchain.

Blockchain Technology has changed this world by bringing decentralization and enormous opportunities where we can implement this superpower. To make this technology available for everyone Vitalik Buterin has developed Ethereum to provide this superpower to everyone. Ethereum is the platform where you can use Ethereum blockchain on the top of your Application to create your own Dapp.

What is a Bitcoin Faucet? 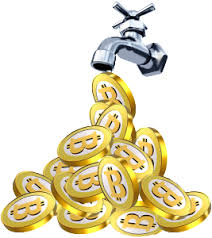 Bitcoin faucet is a rewarding system which is developed on any website or application to provide the reward for performing some certain tasks such as Watching videos, playing games, solving blocks or captchas and surveys.

Who developed the first Bitcoin faucet?

Bitcoin faucet was developed by Gavin Andresen in 2010  which was originally called as The Bitcoin Faucet which used to give 5 Bitcoins per person. Gavin Andresen was also involved with the Bitcoin project.

How much can we earn from a faucet?

Rewards that dispenses out of these apps are very less it is the form of a Satoshi, which is a hundredth of a millionth BTC.  Generally, rewards are based on tasks you can earn some more Satoshi’s if you are completing more tasks.

Is there any threshold of these Rewards?

As rewards are very less and to save your mining fees, websites collect your fractions and create a record of these payments. When a larger amount is created your reward is automatically transferred to your desired Bitcoin wallet address.

How are these Websites Benefited?

Faucets are created to help people who are unknown to Bitcoin and Altcoins. Rewarding is a technique used by developers to offer some free coins so that they can try them before they buy. Users can experiment with bitcoins after earning them for free. So we can see faucets as a kind of promotion.

These websites generate traffic in tons and can give away their money freely. For such kind of websites earning money is very difficult as competition has increased very much so adding some more interesting work is the only way to earn something for these websites.

How to earn free bitcoins from Captcha?

Other than earning free bitcoins from Captcha and bitcoin faucets you can earn money while you are browsing on the internet with BitDigger – Mine Bitcoin On Google Chrome, a plugin to mine bitcoins on your chrome browser.